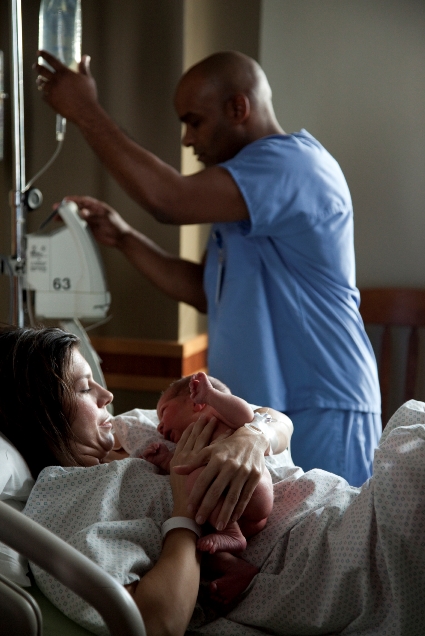 Senate Majority Leader Mitch McConnell (R-KY) has chosen not to hold a vote on the Graham-Cassidy-Heller-Johnson bill to repeal and replace the Affordable Care Act. With a September 30th deadline to pass healthcare legislation with a simple majority of votes, opposition from at least 3 members of the 52-member Republican caucus, united Democratic opposition, and no viable alternative plan, the Senate Republican push to repeal and replace the ACA is effectively dead (for now).

The American Nurses Association would like to express its immense gratitude to all of our members, constituent and state nursing associations, organizational affiliates, and partner advocacy groups for all of your work in helping to defeat this latest attempt to gut the American healthcare system. Your calls, emails, and letters to your elected officials, as well as your physical presence at rallies and hearings, ratcheted up the pressure on these officials and made it known loud and clear that this legislation would have had an enormously adverse impact on the ability of your patients to receive high quality healthcare.

Quite simply, the Graham-Cassidy-Heller-Johnson bill was bad public policy. Its provisions would have: ripped away coverage from Americans receiving care under Medicaid expansion and limited federal funding for the Medicaid program overall; eroded protections for individuals with pre-existing conditions; made it easier for states to remove the 10 Essential Health Benefits requirements; slashed federal funding for healthcare services; defunded the Prevention and Public Health Fund; and defunded Planned Parenthood for one year. The non-partisan Congressional Budget Office, in the very limited time it had to do an analysis, concluded that millions of Americans would have lost their healthcare coverage under this bill. In addition, many experts noted that states would have had only two years to implement drastically different healthcare systems with no federal support to speak of – a nearly impossible task.

ANA would also like to offer our tremendous thanks to the members of Congress who opposed the Graham-Cassidy bill. In particular, the 48-member Democratic caucus once again showed its grit and resolve by standing united against this bill in favor of the best interests of its constituents. ANA would also like to thank Sen. Susan Collins (R-ME) and Sen. John McCain (R-AZ) for demonstrating their resolve in the face of tremendous pressure from their caucus to pass repeal and replace legislation. These senators should be commended for putting the best interests of their constituents ahead of their party and standing opposed to this legislation.

As we have seen before, the failure of one repeal and replace proposal does not automatically mean that the healthcare system is safe. It is very likely that the Trump administration will continue to undermine the ACA through regulatory and other policy measures; we have already seen this in their assaults on value-based purchasing regulations, their brinksmanship with respect to cost-sharing reduction payments, and their refusal to undertake a robust ACA enrollment strategy crucial to connecting Americans with individual health insurance coverage. Senate Republicans are also already discussing language for the FY 2019 budget which would allow them to once again use reconciliation to repeal and replace the ACA.

ANA believes that the current healthcare system created by the ACA can and should be improved upon. However, any healthcare reform proposals should be done in a bipartisan manner, through regular order, and should offer pragmatic solutions to real problems faced by Americans. Of immediate importance are the reauthorization of the Children’s Health Insurance Program (CHIP) – which runs out of funding on September 30th – the stabilization of the individual insurance market, which received several bipartisan hearings in the Senate Health, Education, Labor, and Pensions Committee, and the implementation of a robust enrollment campaign for the ACA’s individual insurance market. These issues are straightforward, would advance ANA’s principles of health system transformation, and, most importantly, ensure that more Americans are able to receive high-quality healthcare.

The fight over healthcare reform is not over. While another repeal and replace bill has gone down to defeat, there will be further attempts to undermine the gains realized under the ACA. For these reasons, we urge you to continue to press your elected officials – local, state, and federal – to commit to ensuring healthcare reform in alignment with ANA’s principles of health system transformation. For now, however, let’s take a deep breath and celebrate stepping back from the brink of what would have been a disastrous transformation of the healthcare system.

With a vote looming as soon as Wednesday, members of the Senate Finance Committee assembled earlier today to hold a hearing on the Graham-Cassidy healthcare reform proposal and were met, immediately and unsurprisingly, with protest, as disability rights advocates continued their strong opposition to Republican efforts to cutting Medicaid, a key plank of Graham-Cassidy.

In spite of last minute changes to the bill to try to persuade Senators who haven’t publicly opposed it, the committee hearing put a spotlight on the bill’s long list of shortcomings, and perhaps unintentionally provided a showcase for why the legislation is struggling to win a majority of votes, from its emphasis on block grants for Medicaid to re-introducing coverage penalties for those with pre-existing condition.

Despite this, Sen. Bill Cassidy (R-LA), one of the bill’s chief sponsors, offered a number of arguments intended to win back support that critics called misleading. Cassidy noted, for example, that states could expand Medicaid if they desired to do so – despite the fact that his bill repeals expansion eligibility, and it’s unclear what steps states would have to take to restart expansion.

Late last week, Sen. John McCain (R-AZ) removed himself from that list of undecided Senators by publicly stating that he couldn’t vote for a bill like Graham-Cassidy that hadn’t gone through regular order and had only garnered support from members of one political party.

Finally, as the day came to a close, the Congressional Budget Office once again weighed in and found that this version of repeal-and-replace, much like previous versions, would strip care away from millions of Americans, though it could not be more specific due to the wide latitude the legislation would give to states, particularly regarding cuts to Medicaid. As she did in late July, Sen. Susan Collins also announced her opposition, potentially dooming Graham-Cassidy once and for all.

ANA formally announced its opposition, and continues to urge all nurses and advocates who care about strengthening affordable care to reach out to their Senators by clicking here.