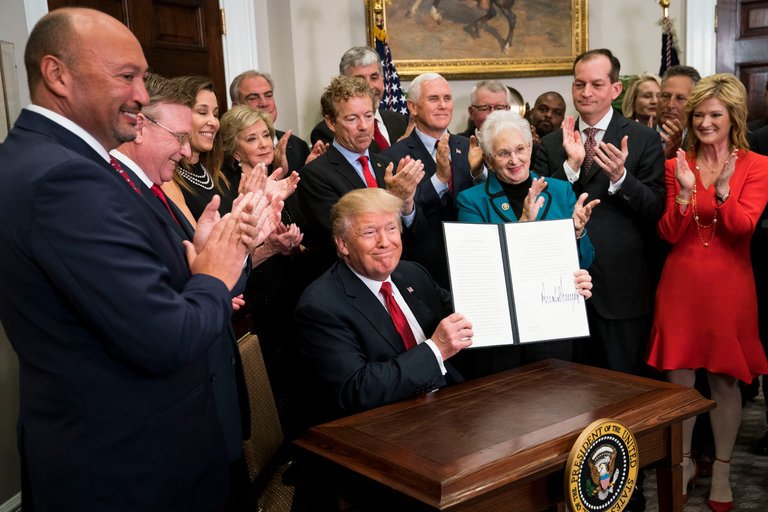 This morning, despite ongoing bipartisan efforts to stabilize the individual insurance market following the failure of Congress to pass legislation to repeal and replace the Affordable Care Act, President Trump signed an Executive Order (EO) allowing for the creation of new association health plan (AHP) options for small employers and individuals. AHPs currently exist and are used primarily by small businesses to purchase group health coverage, but are regulated under the provisions of the ACA in the same way as coverage purchased on the individual health insurance market. Today’s EO in effect treats AHPs as large group health insurance plans and allows coverage under AHPs to be sold across state lines.

Treating AHPs in this way exempts them from important provisions covered under the ACA. As a reminder, the ACA includes provisions on insurance plans sold on the individual market which:

The American Nurses Association opposes any action – legislative or executive – which would put at risk the ability of Americans to access and receive high quality healthcare. This is particularly true when it comes to the most vulnerable Americans. It has become increasingly clear that this administration is more concerned with scoring political points and reversing gains made in healthcare than it is about actually ensuring high quality healthcare coverage for all Americans.

As a result of this EO, AHPs would be permitted to offer coverage that does not include the 10 Essential Health Benefits required to be covered under insurance plans offered through the ACA exchanges. AHPs would also be allowed to charge different prices to consumers based on age and health – including charging more for individuals with any host of pre-existing conditions.

This EO allows AHPs to sell insurance coverage which offers fewer benefits at variable prices depending on an individual’s health. This would certainly be an attractive option for someone who is young, healthy, and does not anticipate needing to use a high volume of healthcare services. The flipside is that this would have a negative impact on older adults and individuals with pre-existing conditions.  The cruel irony with this plan is that these individuals would likely be stuck with plans in the individual marketplace, as they would not be able to afford the coverage offered under AHPs – which would likely not provide coverage for necessary care.

Furthermore, these insurance plans are ripe for instances of fraud, abuse, and insolvency. The Government Accountability Office in 1992 issued a report which slammed similar small business insurance arrangements and noted that they left hundreds of thousands of enrollees with millions of dollars in unpaid claims and widely failed to meet state insurance laws and regulations. The GAO report found that some plans tried to duck under state insurance regulations entirely. This type of wild, wild west approach to insurance coverage does not offer the comprehensive level of coverage at a low price that the Trump administration claims. Based on the provisions of this EO, we also expect several lawsuits to challenge this based on the legality under current federal law and on the insurance across state lines aspect.

In essence, this latest gambit by the Trump administration is another attempt to undermine the system put in place by the ACA at the expense of some of the most vulnerable Americans. Combined with the administration’s move last week to weaken the ability of Americans to access sexual and reproductive healthcare services – particularly contraceptives – covered under the ACA, this represents a significant effort to endanger the healthcare of all Americans.

We urge Congress and the Administration to continue to work toward market stabilization and to strengthen the existing system – which has resulted in coverage for tens of millions more Americans since 2014 – and to put an end to these attempts to sabotage Americans’ healthcare for political gain. ANA is committed to working with Congress and the administration on legislation and policy which aligns with our four core principles of health system transformation. This Executive Order, however, represents a major step backward from achieving those principles.