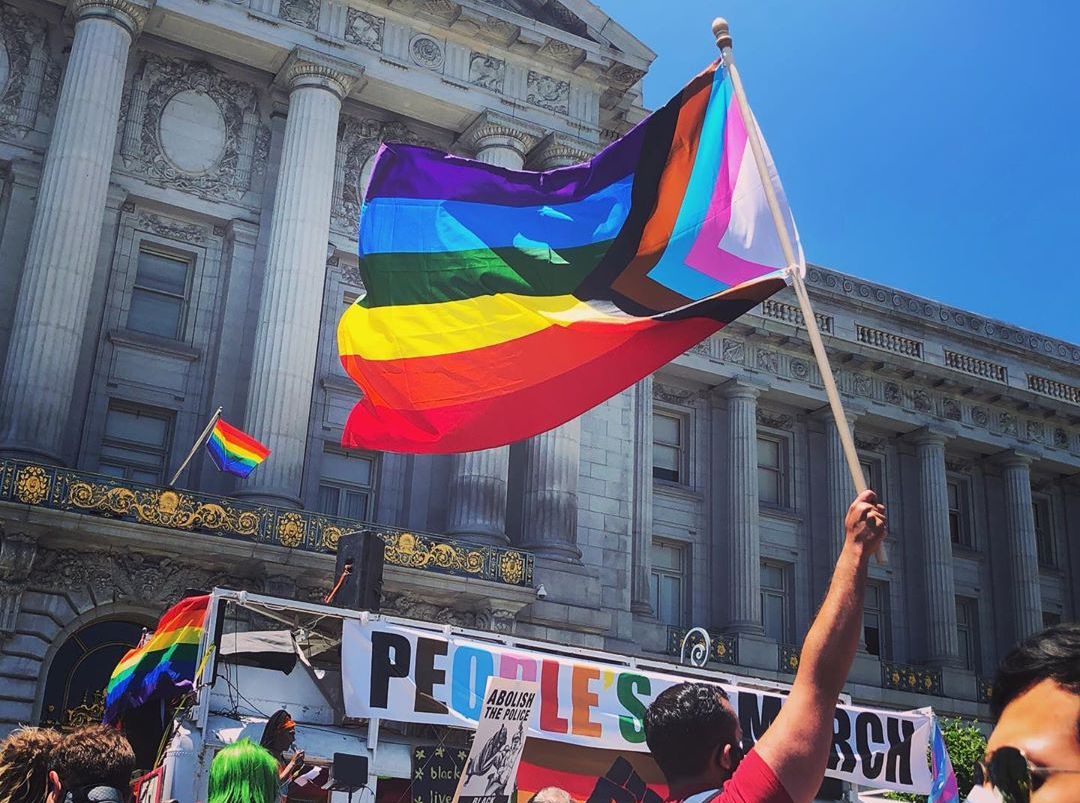 June has traditionally been celebrated in the United States as LGBTQ+ Pride month. This annual celebration commemorates the Stonewall riots, which began at the Stonewall Inn in Greenwich Village in New York City on June 28, 1969 and sparked the modern LGBTQ+ rights movement. Like most else in 2020, this year’s Pride celebrations have taken on a different feel due to the ongoing COVID-19 pandemic, as well as the nationwide protests demanding racial and social justice in the wake of George Floyd’s murder in Minneapolis on May 25 (ANA adopted a Resolution on Racial Justice for Communities of Color on June 20). It is important to note that the LGBTQ+ rights movement and the racial justice movement are intertwined in complex ways (the civil rights movement is rightly credited for leading the way for the LGBTQ+ rights movement) and that many of this year’s Pride observances have occurred in support of and in solidarity with these nationwide protests.

This year’s Pride month also brought an unexpected bright spot for the LGBTQ+ movement. On June 15, the U.S. Supreme Court ruled in a 6-3 decision that Title VII of the Civil Rights Act of 1964 protects LGBTQ+ individuals from discrimination in the workplace; individuals can no longer legally be fired from their jobs due to their sexual orientation or the fact that they are transgender. This Supreme Court decision was a long-sought victory for the LGBTQ+ movement and signifies the hard-fought progress that has been made over the course of the past 50+ years.

Despite this progress, however, the LGBTQ+ community still faces significant barriers, particularly with respect to access to comprehensive healthcare. One need look no further than the administration’s June 12 finalization of a rule that rolls back healthcare protections for transgender individuals under Section 1557 of the Affordable Care Act. The administration finalized this rule despite the fact that LGBTQ+ populations experience a significant rate of discrimination in healthcare settings, and experience increased negative health outcomes compared with the overall population. The reasons for this are complex and varied, but many stem from a pattern of societal stigma and discrimination exacerbated by the historical designation of homosexuality as a mental disorder, the onset of the HIV/AIDS epidemic, religious prejudice with respect to homosexuality, and government policy such as Don’t Ask, Don’t Tell.

Negative health outcomes that disproportionately impact LGBTQ+ individuals include: increased instances of mood and anxiety disorders and depression, and an elevated risk for suicidal ideation and attempts; higher rates of smoking, alcohol use, and substance use; higher instances of stigma, discrimination, and violence; less frequent use of preventive health services; and increased levels of homelessness among LGBTQ+ youth. Men who have sex with men (MSM) and transgender women also experience significantly higher rates of HIV/AIDS infections, complications, and deaths; this burden falls particularly heavily on young, African-American MSM and transgender women. As noted above, this disease burden is itself known to contribute to discrimination against LGBTQ+ individuals. Transgender individuals also face particularly severe discrimination in healthcare settings.

Although Pride month draws to a close today, it is important to celebrate LGBTQ+ communities year-round and to remember that these communities experience unique health disparities 365 days a year. As the Code of Ethics for Nurses states, “The nurse practices with compassion and respect for the inherent dignity, worth, and unique attributes of every person.” Nurses have often been on the frontlines of providing compassionate care to LGBTQ+ individuals – most notably at the outset of the HIV/AIDS crisis – and will no doubt remain in the vanguard of that care to ensure that these disparities are eliminated.

For additional resources on providing care and other health resources to LGBTQ+ individuals, please explore this guide from Drugwatch: https://www.drugwatch.com/health/lgbtq/